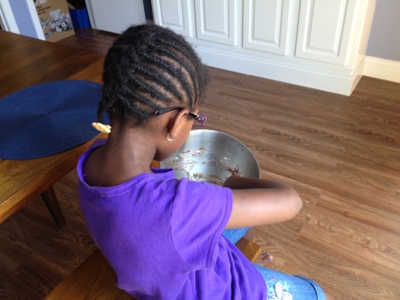 This post is in support of National Minority Mental Health Month and No Shame Day, a day of awareness promoted by The Siwe Project, a non-profit that promotes mental health awareness and education among people of African descent throughout the world.

I debated with myself on whether to participate. I am woefully underqualified to offer any creditable information or guidance in this area, and my support is generic at best. Though my daughter, Mae, was diagnosed last year with Asperger’s syndrome, I have still many unanswered questions and gray areas. My focus has been on better understanding, accepting, and working to her strengths and weaknesses, and less no on the label itself and larger questions about mental health.

Is Asperger’s a mental illness?

There is considerable debate about the exact classification of Asperger’s, a disorder on the autism spectrum that is evidenced by high intelligence, poor social skills, impulsiveness, and inflexibility, among other traits. The characteristics are somewhat easy to identify; however, you’ll find differing professional and personal opinions on whether or the degree to which it is a mental illness.

What I do know is that Mae had been presenting my husband and I and her school teachers and administrators a host of behaviorial challenges that seemed beyond average for a child her age. At the start of first grade, she was still having emotional meltdowns that one would expect of a toddler, though her verbal skills were phenomonal. She would lose control of her emotions, especially during play, and cry for 20-30 minutes. The thing that scared me the most was her tendency to declare that nobody wanted or loved her. It would take a lot of coaxing to bring her out of that place. I didn’t think she suffered from depression; however, I feared that she would or could one day.

She is an incredibly social creature. She would introduce herself to complete strangers, children and adults, and invite them to our house to play within minutes of meeting them (including grown men). She would run off and leave us in public places if there was something interesting within viewing distance that caught her attention. Her impulsivity and strong desire to touch soft things like skin, hair, and ears made us fearful that she was vulnerable to abuse or kidnapping or both.

When she was six, we took her to a pediatric neuropscyhologist for an evaluation. Among other interventions, he recommended cognitive behaviorial therapy to help Mae learn skills to manage her emotions, control her impulses, and be more flexible.

I don’t know if Asperger’s is a mental illness. I do know that the therapy, which I view as a mental health solution, and additional supports given by her teachers and school administrators have been helpful to me and her. Mae knows that there has been a ring of support around her and safe places for her to express herself. At eight, she is more mellow and flexible. I believe that better, more informed parenting skills on my and my husband’s part and just plain old maturity have played a role and will continue to be important factors.

Mae hasn’t seen the therapist in over two months. However, she will if I think it would be helpful again. I’d like to set her up for success in every aspect of her life, and if there are solutions within the mental health community, then that’s where I’ll be.

Does Mae even have Asperger’s syndrome?

At the appointment to discuss his findings, the neuropsychologist said that Mae is “borderline” Asperger’s. He could have gone either way with the diagnosis. She could just be intellectually gifted, social and “quirky.” Other professionals had offered a similar opinion.

Here’s where I have to acknowledge an immense privilege I know many others lack in treating mental (and other) illness. Rejecting or declining a diagnosis would have meant losing the opportunity for insurance coverage for therapy and legally required accommodations if we switched from private to public school. The mere fact that we could have walked away with a “no thanks” belies the advocacy that so many individuals and organizations engage in to de-stigmatize and promote greater attention to and support for mental health issues.

The other aspect of privilege here is that we were able to pay out-of-pocket for therapy visits, $150 each, which were weekly, then bi-monthly, and then monthly. Fortunately, our insurance company reimbursed us for most of the cost. It is no surprise to me that even folks with awareness or a diagnosis are untreated.

My family has been fortunate in so many ways. I know that others struggle with more complex and pervasive mental health issues and fewer resources to address them. I do believe, though, that I can share in a common resolve to better understand and support those who have or love someone who has a diagnosed or undiagnosed mental illness.